convert to your timezone here

Part 1 can be watched here

Times are in the CEST (Paris) timezone. 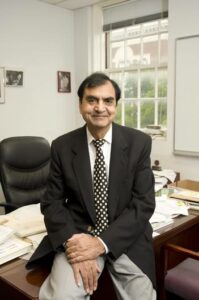 Dr Batra is the author of six bestselling books. His books center on the idea that financial capitalism breeds excessive inequality and political corruption which inevitably succumbs to financial crisis and economic depression.

Dr Batra has been a long time champion of Progressive Utilization Theory (PROUT) as being capable of ensuring the material welfare of human beings, as well as the inner development of each member of society.

Some of his many publications: The Downfall of Capitalism and Communism: A New Study of History. The great depression of 1990 Surviving the great depression of 1990 Progressive utilization theory: Prout: an economic solution to poverty in the Third World. The downfall of capitalism and communism: can capitalism be saved. The myth of free trade The crash of the millennium: surviving the coming inflationary depression. The new golden age: the coming revolution against political corruption and economic chaos. End unemployment now: how to eliminate joblessness, debt, and poverty despite of congress.

Part 2 of Shrii Prabhat Ranjan Sarkar’s Ideal System of Government. The topic is discussed from the historical, ideological and administrative viewpoints. 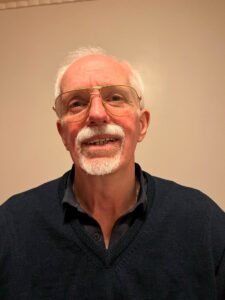 Jayanta Kumar is a long time Proutist living in Australia. He was part of a small team tasked by Shrii P.R. Sarkar with translating and publishing the “Prout in A Nutshell” series of books in the 1980s. Jayanta was also co-editor of the book, “Understanding Prout – Essays on Sustainability and Transformation”, 2009.

Jayanta’s presentation will explore several important forms of government discussed in “Prout in a Nutshell”. In particular, he will look at contemporary democracy, including its numerous defects, and how democracy can be reformed and strengthened. He will also discuss Shrii Sarkar’s proposal for a world government, and his concept of the social cycle and the form government could take in a post-capitalist martial era. He will also outline Shrii Sarkar’s ideal government of the future, which consists of boards of spiritually enlightened and expert administrators.
Part 1 recorded as part of our Second Conference is available to watch here:

How Prout is expanding the idea of resources beyond mere economics, to include the subtle and very subtle 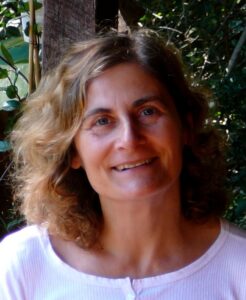 How Prout is expanding the idea of resources beyond the physical to include the subtle and very subtle: the supramundane, the metaphysical and the spiritual potentialities of the individual and the collective body.
Human society is in dire necessity of a shift in consciousness, moving from a materialistic, self-centred socio-cultural outlook to a more elevated spiritual understanding of our own intrinsic spiritual nature and of all created beings and the universe around us. It is clear that it is only through a shift towards a more elevated state of consciousness, that we will be able to manifest, implement and establish PROUT on this planet and throughout the universe.
Since a very young age Radha has been involved in social activism. She worked for many years as a social worker in different continents, creating projects leading to social transformation, as well as the shift and the elevation of human consciousness.

In this presentation Ravishekharananda looks at the development of advanced capitalism during the 20th century, firstly, in the context of the British empire, then, the “Anglo-American Empire” with its aspirations of a globalised, technocratic world order – evidence, he says, that capitalism is in its advanced stage of degeneration as per Prout theory. He looks at several “exotic” factors hinted at by Prout’s founder, P.R. Sarkar, that may be impacting on world events and asks, what challenge do these pose for authentic liberation movements.

Ravishekharananda has a background in yoga, meditation, eastern mysticism and social activism. He believes humanity is moving through an historic shift of consciousness that is manifesting as a polarisation between progressive and regressive forces. The capitalist and communist (oligarchical) systems, he claims, are both non-viable and need to be replaced without delay. The formula to do this is penetrating awareness of the problems (at all levels), integrated, practical solutions and mobilisation of the disgruntled.

Part 1 recorded as part of our Second Conference is availble to watch here:

To Register for the Transitioning beyond Capitalism Part 2 – 1 day conference:

Do check the email account’s spam or junk folder in case our email message arrives there.

(Your email address won’t be sold/shared.)